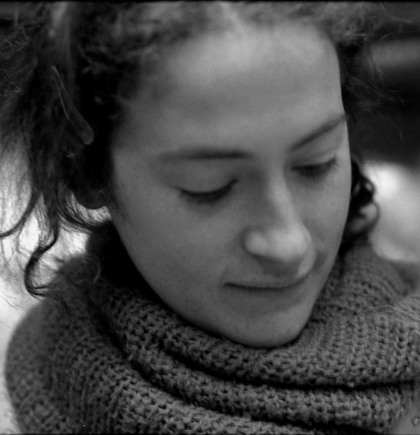 This Is The Kit

This Is The Kit is the much beloved musical project of Kate Stables, born in England and based in Paris. In the last few years, Kate’s group has toured as a hand-picked opener for similarly warm-hearted artists like Jose Gonzales, Jeffrey Lewis, The National, Alexi Murdoch, and Jolie Holland and if you want to plot a line between them all you might have a rough idea of how Kate’s music makes you feel, while Cerys Matthews at BBC6 Music took an abstract approach calling this music “absolutely gorgeous, like an aural bath with the warm water lapping over you.”

Kate Stables grew up in Winchester, England, and she moved to Bristol, drawn to a musical community both more serious and more casual than often found in hyper-competitive London. Over the years, Stables formed a series of oddly hewn bands, the kind that might include an animator in the line-up instead of a drummer or a bassist. Somewhere along the lines, Kate moved on to Paris, had a child, and began to perform solo as This Is The Kit.

Soon enough it seemed that this side project had naturally evolved into the main event. Today, though the “band” appears in many guises; solo, duo, psychedelic rock-formation, 4-4-2, unplugged acoustic gigs, choir workshops, home shows, busking, etc. Kate is the one constant and, more often than not, has husband/bandmate Jesse Vernon & daughter Mo somewhere in tow.

This is the Kit has released two albums and a handful of singles since 2006. The first album, Krulle Bol produced by PJ Harvey collaborator John Parish, and associated singles have been released on NeedNoWater and Sunday Best. However, Wriggle Out the Restless, should be regarded as their breakthrough, issued by Brassland to the US in 2012, to be followed by a new album recorded with Aaron Dessner of The National, planned for some time in 2013.

While work on the next album is underway, This Is The Kit will be touring the UK in the coming months. Please check
thisisthekit.co.uk for details.