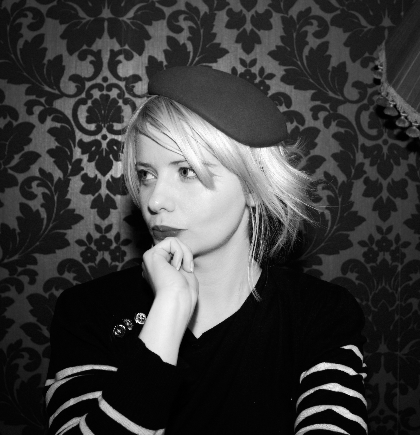 Catriona Irving is a tiny, blonde singer/songwriter based in London with a string of underground hits under her belt in the shape of 7 inch single Running On Empathy, and Stitch EP. So far, she is best known for her song Sitting On The Shelf, from her EP of the same name. While a popular song with her fans already, and enjoying radio play in the UK thanks to Steve Lamacq amongst others, the song was brought to new audiences after Catriona asked her friend Julien Plaisir De France to remix the track. The Sitting On The Shelf Plaisir De Revisite has since had over 35,000 plays on official.fm and has been picked up by Hotel Costes creatorStephane Pompougnac as the opening track for his new series of compilations, Night & Day, on Because.

Catriona is currently working on her debut album and playing selective secret shows in London and Paris in the coming months. For more details, check her website:
catrionairving.com